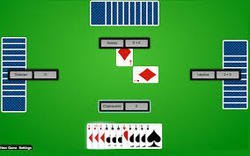 Hearts is one of the great trick-taking card games that is played online and this game has attracted the attention of players from all over the world. With classic Hearts, players will enjoy a fast-paced game that requires some skills and strategy to be successful. The game is easy to learn and after playing a free game for practice, players can start some serious competition with friends and other players online and can even find some amazing classic Hearts card tournaments that can provide even more thrills. This great game is one that can be enjoyed on desktops and mobile devices and there are many sites on gamegarden.net that offer free hearts no download games that will instantly be loaded through the web browser. Get ready to enter the world of Hearts and find out why this card game has become a classic and a top choice for thousands of gamers.

How to Play Hearts

Classic hearts is played with a standard deck of cards and with three to seven players. When dealing, all cards are distributed to players and the game will begin. The goal is to avoid taking tricks that contain hearts or the Queen of Spades. The player that plays the highest valued card will win a trick and will then lead the next card. Players will have to follow suit and cannot lead a heart until another hart has been played in the game. Once all of the cards have been played, players will total their tricks and will receive a penalty for any hearts that have been collected. The player that holds the Queen of Spades will be penalized 13 points. However, the one that collects the Jack of Diamonds will be able to subtract 10 points from their score. The player that has the least number of points when any player reaches 50 points will be declared the winner.

One of the best ways to master the game of hearts is to find free hearts no download games and play with computerized opponents. This will allow players to learn the rules and develop certain strategies that can help them when they are playing against other players or are involved in a tournament style of play. While Classic Hearst may not seem like a team game, it actually is. When playing with four players, which is ideal, three players will try to dump hearts on the player with the lowest score to even the playing field, so there is strategy involved with this card game.

Those who hold the Queen of Spades are often eager to get rid of it as soon as possible, but this is not the best strategy. It is best to hold that card until it can be played against the player with the lowest points. Since this card will add points to the one that ends up with it, it can be one of the most powerful cards in the game and when the correct strategy is used, it can help players win real money from cards . 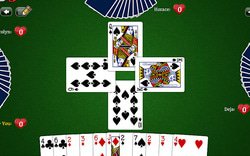 It will take some time to master the game and the correct strategies to use with each hand being played. This is why free hearts no download games are perfect for those who are just beginning. They provide a perfect way to become familiar with gameplay and to practice some strategies that can be beneficial when one plays in a more competitive setting.

While many online sites will offer free internet hearts games, there are a number of sites that will allow players to enjoy this game for wagers and payouts. Classic Hearts is a popular card game that is played in tournaments, so there are a number of these that can be found online. Players can enter these with a small buy-in and can benefit from some decent payouts if they are able to be the winner of multiple hands. There are even some online casinos that offer classic Hearts as an option and here, one can benefit from the best possible returns and some endless card action with some great competition. Hearts can be found at most sites that support various types of old and new card games and since it attracts many players from around the globe, it will be easy for players to find games that can be played for real money.