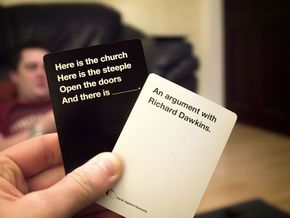 Card games have always been a favorite for players and with some new and exciting card games online to buy, players will find they can enjoy hours of entertainment, fun and laughs with family and friends. For many years, card games have been played and there are all types of games to enjoy. From single player solitaire games to some of the great adult card games like Uno and Bridge, there is something that will meet the needs of all card game fans. Get ready to learn about some of the latest and greatest card games to buy and find out why players all over the world have been engaging in the thrilling action of these game selections.

While traditional card games are still enjoyed by many, a number of people have turned their attention to adult card games that are designed for parties and group play. The Cards Against Humanity game started the adult card game revolution and it entered the market in 2011. Since then, an adult version of Apples to Apples has been created along with some other great adult themed card games that can be enjoyed.

The Metagame is a popular choice and this is a game that has players and groups expressing their thoughts and opinions on important debates. The game can be enjoyed by as many as 33 players and will cover a variety of topics like entertainment, art, fashion, politics and more. Drunk, Stoned Or Stupid is another party adult card game that will test the strength of any friendship. The game is fun and exciting and is one of the most played card games at adult parties. Players will also appreciate Red Flag, a game that is all about awful dates and dating experienced. This game is full of humor and can provide hours of entertainment. These are some of the best card games to buy and there are many others that will appeal to adult players. 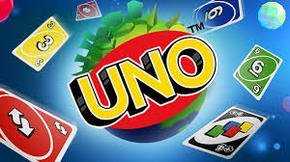 Players who like traditional card games can find sites that offer bridge, cribbage, Uno, Kings Corner and other multi-player games. There are also tons of sites and mobile apps that offer single player games like solitaire, Freecell, Tri-Peaks and more. With so many card games being offered online, players il always have a huge selection and can play these games for free at any time.

As mentioned, some card games can be played for real money. Aside from accessing an online casino to play games like blackjack and poker, there are also gaming sites that offer payouts for those playing other standard games like solitaire, Rummy, Spades and Hearts. There are also tournaments that can be entered where players will compete for large payouts from a prize pool. Those that are interested in real money play should consider signing up at a top rated casino site where they will have access to trusted and reliable games from leading software providers. These games can offer amazing payouts and there are often thrilling tournaments hosted as well as an array of casino bonuses that can award players with free cash to play more of the games that are supported.